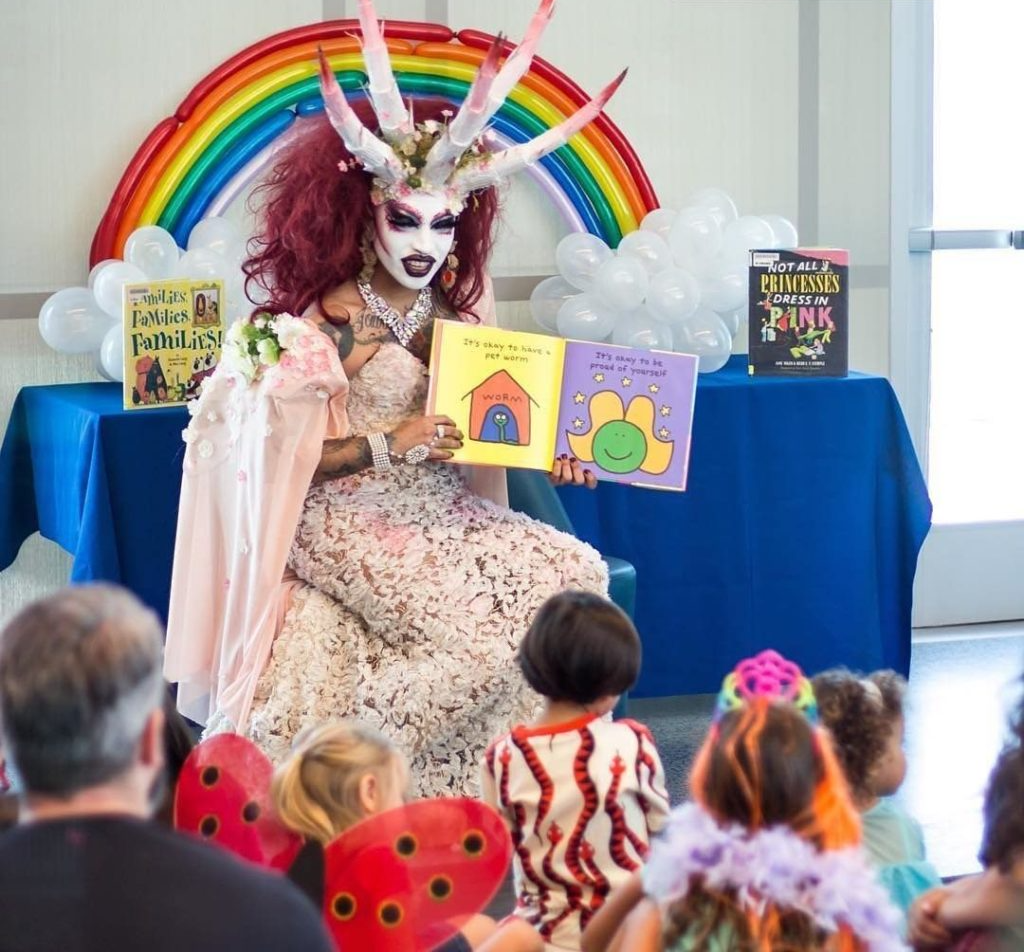 Drag queens have already been known to “entertain” children in schools. There is a petition to the Secretary of State for Education and the Schools’ Minister demanding that this does not continue.

Attempts are being made to extend the drag queen-child model along the same lines already operating in the U.S. Aide H Dee, a drag performer, is booked to read stories to young children in 70 libraries around the country over the summer. Drag performers are adult entertainers. This programme, paid for by the taxpayer, attempts to normalise the interaction of such individuals with other people’s children.

Some parents have recognised the agenda behind this story-telling tour, and have raised the alarm. On Twitter. Louise Ashworth @Ashworth101 replied to @DragStoryHourUK saying, “why would men who enjoy dressing as vulgar sexualised parodies of women want to read to small children?”.

In Reading, two women protesting about the event were removed by police and Story Hour was completely cancelled in Henleaze, due to the disturbance it caused – ironically by the hired Antifa group brought in to support the performer.

Another form of pushback is a leaflet campaign, highlighting the issues with this kind of event. People who are concerned about library storytime drag queens can support this leaflet campaign financially.