Latest RSE Guidance Leaves A Lot To Be Desired 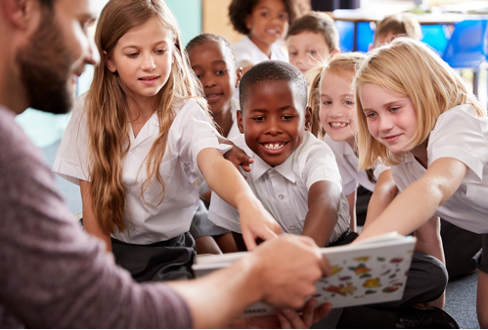 Last term’s guidance on Relationships and Sex Education (RSE) gives much welcome clarification for teachers and parents as they prepare to deal with these subjects. Non-conformity to gender stereotypes, for example, is no longer to be seen as synonymous with having a different gender identity, and organisations that promote this idea are banned from schools.

In its section on Engaging with Parents and Carers, the guidance reiterates the principle enshrined in the Human Rights Act of 1998 that parents have a right to receive education for their children that is in conformity with their own philosophical and religious convictions. This is supported by the RSE legislation’s requirement to consult parents on the content of lessons about sex and relationships.

Other DfE guidance, however, does not support this principle. For example, in a separate document the Department for Education (DfE) makes it clear that where parents disagree with schools on the content of what should be taught in RSE, unless there is a procedural issue with how the school has conducted its consultation, the DfE will oppose parents.

Also, while there is absolutely no requirement to teach the Equalities Act 2010 in schools, the guidance strangely recommends that this takes place. The truth is, schools have a Public Sector Equality Duty only. To fulfil this, they must have due regard to:

This means that it is up to the discretion of the school as to whether they teach about same-sex parents, for example.  Schools are only obliged, under the Public Sector Equality Duty, to do so if there is a same-sex family in a particular class and then the duty only stretches to that class, not the entire school.

Using the Equalities Act as a pretext though, all curriculum guidance is reinforced by the requirement to cater for SEND and LGBT needs, while none of the other protected characteristics in the Act are supported. Any argument that this is because of bullying is not borne out by the facts.

It is noteworthy that there seems to be no reference to marriage in the RSE guidance at all, even though it is a protected characteristic, fundamental to our society and teaching about it is, as it happens, an explicit requirement of the RSE legislation.

The department also appears to suffer from a case of schizophrenia, as while taking pains to explain what “political” views are, and how they and organisations endorsing them are forbidden in schools (Education Act 1996), they champion the school activities of groups like Stonewall, which is a political lobbying organisation.

Whether you find all this outrageous, hilarious, or a bit of both, I think we can all agree, there’s a lot more work that needs to be done if the DfE guidance is to truly reflect education, equalities and human rights legislation and schools are to replace parents as the primary educators of their children in Relationships and Sex Education.