Many Are For Us 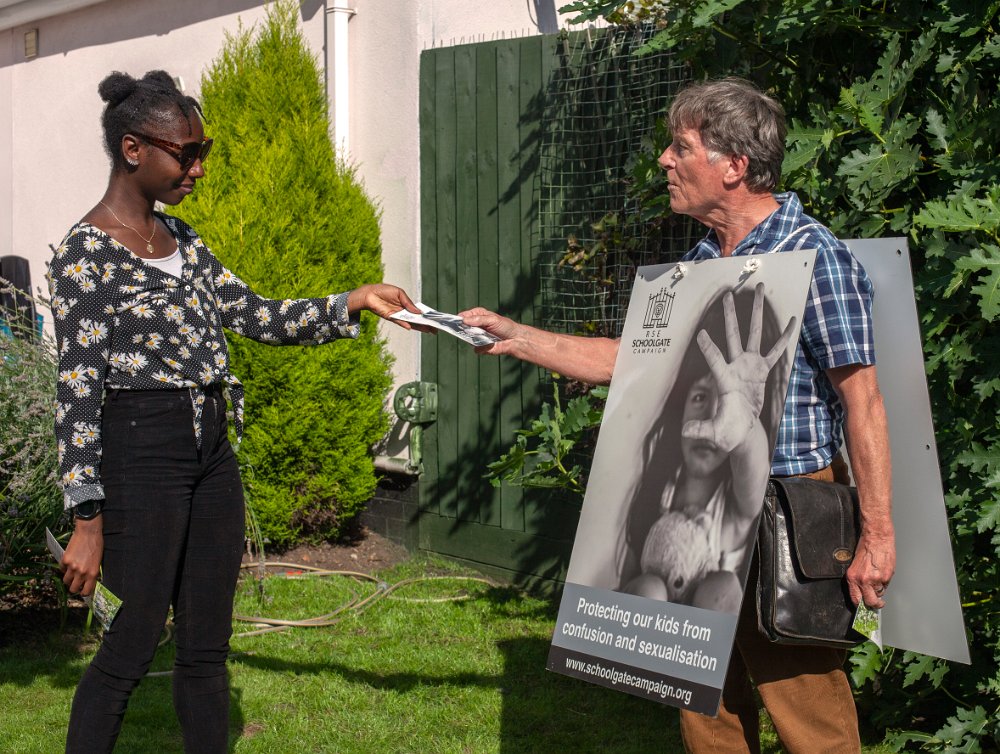 Some School Gate Campaign supporters have been busy during the summer break, continuing to spread the word about RSE to local mums and dads. This is the account of one Bournemouth man’s experience when he distributed leaflets this summer. A sandwich board is optional!

“Before I descended from the cliff top, two young surfers, who were probably in their early twenties, enquired what the boards were all about. It took only a very brief explanation for them to give me a total endorsement, adding that that they understood the whole of the government RSE programme to be nothing more than a cultural Marxism agenda.  Wow! I thought, so much for the notion that those opposing the LGBTQ+ agenda were those still living in the Stone Age. They wished me well and were glad someone was taking a stand.

As I proceeded along the promenade, I tentatively approached the holiday makers. I simply say, “Excuse me sir (or madam). May I offer you this leaflet?”, and the vast majority of people were happy to have one. One gentleman offered me a pound, thinking I was a fundraiser!  Another man owned a restaurant and even wanted a bundle to put on display. Others I met, parents and teachers, had stories of how they were also resisting the RSE in their local schools and churches.

Schools return in September, so I must go down to the sea again to catch the tide which seems to be going in our direction. There are more with us than against us.” David Skinner